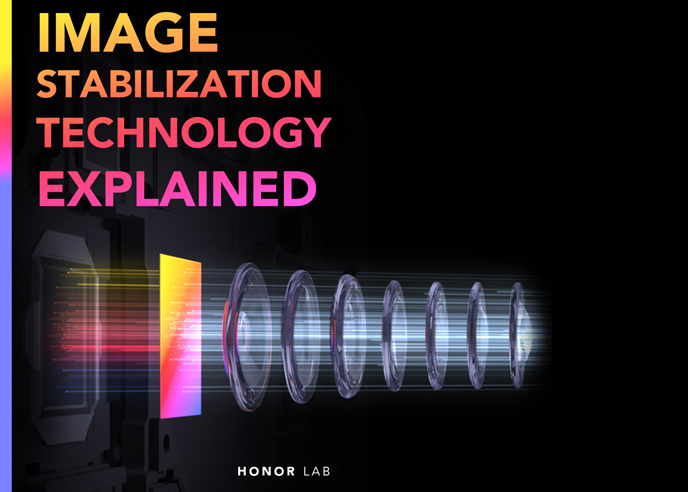 How is Image Stabilization Technology Making a Difference?

When you have a more compact smartphone body, fitting complex components for image stabilization is almost impossible!

On the other hand, carrying a tripod on the go is extremely unrealistic as it is bulky and cumbersome. It comes as no surprise then that image stabilization is a thorny issue to get right in the world of smartphone photography.

OIS works best at cancelling slight hand tremors that blur photos. The in-built gyroscope detects jitters of the hand and generates adjacent movements in the opposite direction cancelling out the jitter and the result is clear and precise photos despite tremors in the photographer’s hand.

The following figure serves as an example. ‘A’ depicts the camera when it is kept stationary, but when light emitted from objects shift, the camera senses the jitter and the image becomes blurry.

The magic of OIS is that it detects even the slightest movement and adjusts the lens in real-time to ensure that the light hits at the correct position nevertheless.

By definition, motion blur occurs when the subject moves during photography or videography. Just imagine taking a photo of a moving car, there’s a huge chance that your picture will come out blurry.

The obvious solution would be to increase the shutter speed, which means that you will get a quick snapshot rather than prolonging exposure.

However, increasing the shutter speed leads to a decrease in image brightness, therefore making it impossible to take clear pictures of fast moving objects in low-light conditions.

The Night mode on smartphones has become extremely common. In principal, a series of photos taken within seconds apart are merged seamlessly into an integral unit.

Through manipulating exposure time, the AI ensures that brighter areas are not overexposed, while darker regions are kept bright.

However, since the user’s hand will inevitably shake within that few seconds, visual elements will “move” across the images, resulting in blurriness in the synthesized image.

AIS image stabilization technology is the answer to this issue! By locating the pixels on each image, the AI algorithm detects and corrects discrepancies in the pixels, producing a sharp synthesized image.

The following are sample photos taken that demonstrate just how clear cut your pictures will be!

Both the 48MP main camera and 8MP telephoto camera in HONOR 20 PRO support OIS, offering users a superior photography experience by balancing hand jitters that will give clear and crisp pictures every time.

Besides, HONOR engineers apply a unique algorithm to achieve an ultra-high ISO value of 204,800, effectively minimizing noise that typically comes with high ISO.

Also, the technology of HONOR 20 PRO’s outstanding photosensitivity further boosts the shutter speed, and this reduces the distortion brought about by any blurring caused by unwanted motion.

[{"url":"/za/blog/what-is-ai-triple-antenna-wi-fi-technology-of-honor-view20/","title":"The AI Triple-Antenna Wi-Fi Technology","description":"HONOR View20 is the first phone to use AI Triple-Antenna Wi-Fi technology, and that’s what makes it the best android smartphone that you can get your hands on today, especially if you are an expert game lover!","releaseDate":"July 25, 2019","cardImg":"/content/dam/honor/za/blog/2019/cover.jpg","cardImgMB":"/content/dam/honor/za/blog/2019/cover-mb.jpg","bannerImgTitle":null,"bannerImgAlt":null,"cardImgTitle":null,"cardImgAlt":null,"tags":[{"tagID":"honor:blog/smartphones-tech","tagTitle":"Smartphones Tech"}]}]
RELATED BLOG