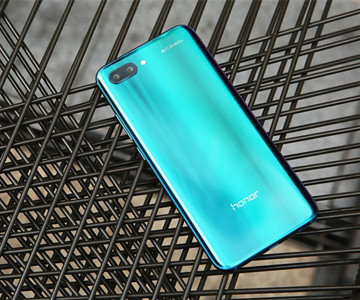 US News GPU Turbo Is a Flagship Must, Here Is Why At the end of July, Honor will begin rolling out the GPU Turbo update to a handful of its current smartphones, starting with the one of our favourite phones of the year: the Honor 10.

What is GPU Turbo?

GPU Turbo is a hardware-software GPU acceleration technology. Essentially, it turbocharges your phone's GPU performance, turning your mid-range smartphone into a gaming powerhouse, without needing to upgrade the physical hardware.

When the update lands it will see GPU performance increase by up to 60 per cent, while also seeing battery consumption drop by 30 per cent. Apparently phones with this update give you half an hour more game time than the iPhone X on the same charge. That's pretty incredible when you consider the other advantages of GPU Turbo.

How will it impact my mobile gaming?

In addition to boosting speed and enabling higher frame rates than most other phones on the market, this Update will enhance visuals by enabling HDR (high dynamic range), which increases contrast and colour saturation.

In real life, that means if you're playing a quick round of PUBG mobile, or still trying to unlock all the cars in Real Racing 3, you should expect smoother animations, much fewer frame skips and overall jittery-ness, higher resolution, and breathtaking colours.

As games become increasingly graphics-intensive, GPU Turbo is an absolute must to ensure your phone can keep up with even the most demanding titles available on the Play Store.

Everyone. If you're constantly frustrated with how much battery is consumed when gaming or watching videos, notice stuttering animation, or have a phone that overheats easily, this update is for you. Who doesn't want a phone that's faster and lasts longer?

For gamers, this is your dream update. It means you don't have to go out and buy one of those new-fangled dedicated "gaming phones". Honor is boosting its pre-existing phones to make games fly.

Depending on which device you have will depend on when you get the update. Honor is rolling out the GPU Turbo software update over the air to a number of its handsets, including the Honor 10, which is due to get the software within the next few weeks. Honor has confirmed that the Honor View 10, Honor 9 Lite, Honor 7X, Honor 8 Pro and Honor 9 will all be getting the update as well, but at a later date, possibly by the end of summer.