The Kirin 980 integrates 6.9 billion transistors in an area of less than 1 square centimeter which is a 1.6x fold increase in density* to empower better performance. This chipset is the first Cortex-A76 based in the world and has a 75% improvement in single core performance*. The Kirin 980 also includes the world’s first commercial use Mali-G76 GPU performance is improved by 46%*. The LPDDR4X memory operates at speeds up to 2133 MHz. The fourth-generation ISP utilises a multi-pass noise reduction to capture quality images and preserve important details. This ISP also has a dedicated video pipeline to effectively improve video clarity and reduce shooting delays by 33%*. 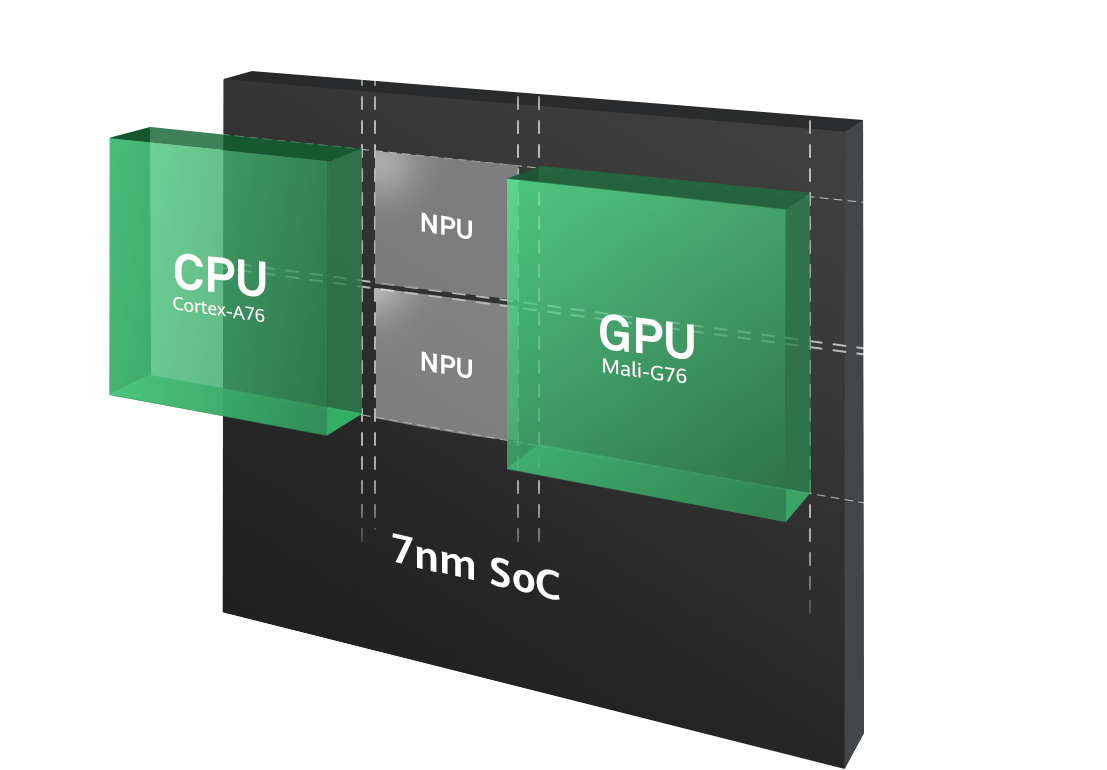 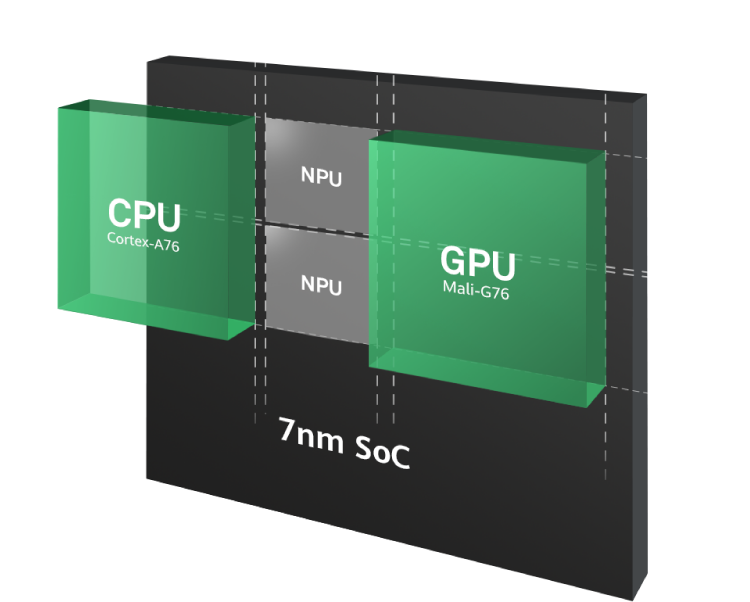 Kirin 980 can quickly adapt to AI scenes such as face recognition, object recognition, object detection, image segmentation and intelligent translation with the power of a dual-core NPU achieving 4500 images per minute which is an improved 120% recognition speed. So whether it's dancing to a fast song or quickly running in front of the camera, the Kirin 980 can focus on the joints and lines of the human body in real time. The powerful object detection capabilities can also accurately identify a variety of objects. In comparison to the Kirin 970, the Kirin 980 is an impressive leap from image recognition to object detection. The Kirin 980 sets the foundation for future AI capabilities by providing complete framework support and rich tool keys for App developers. 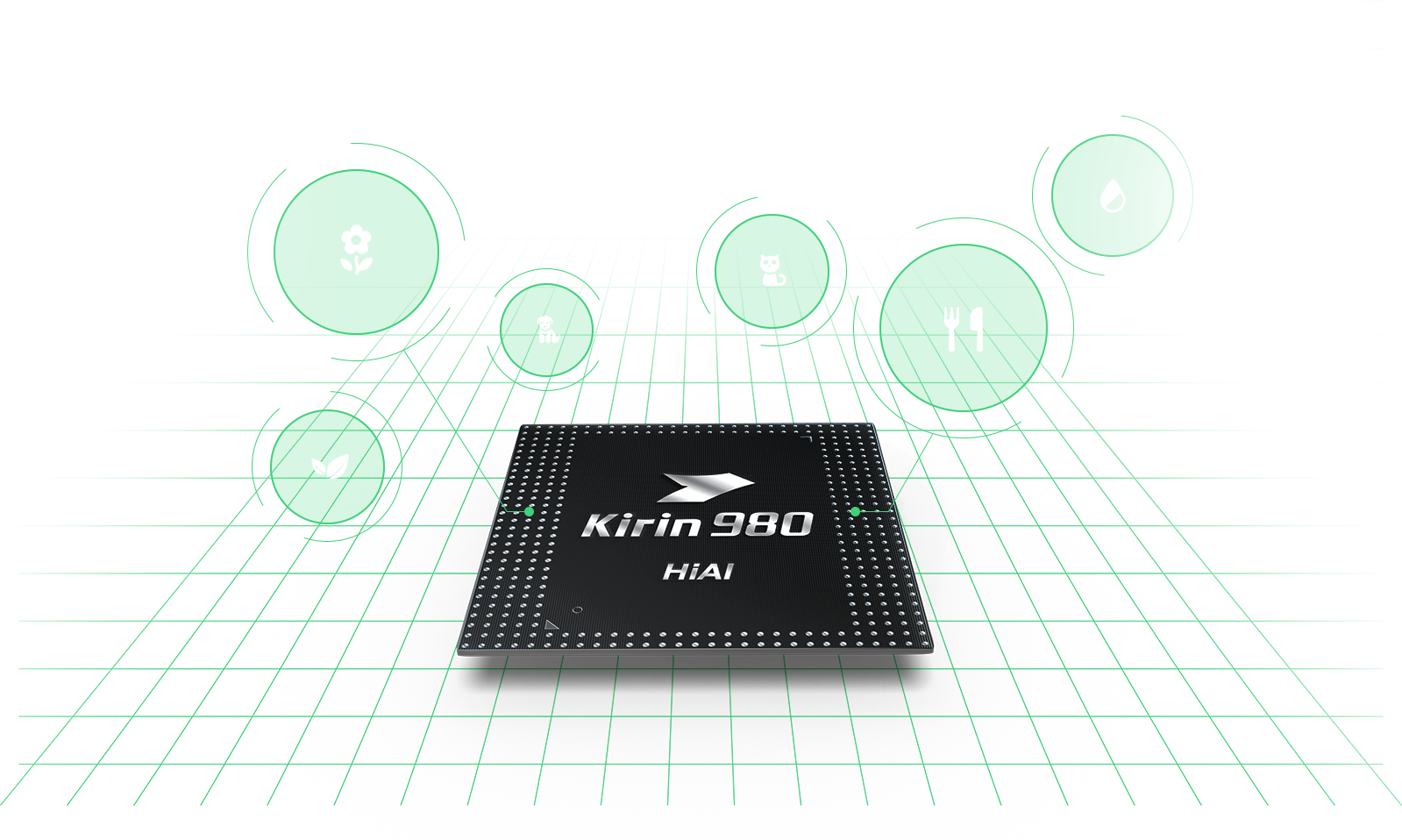 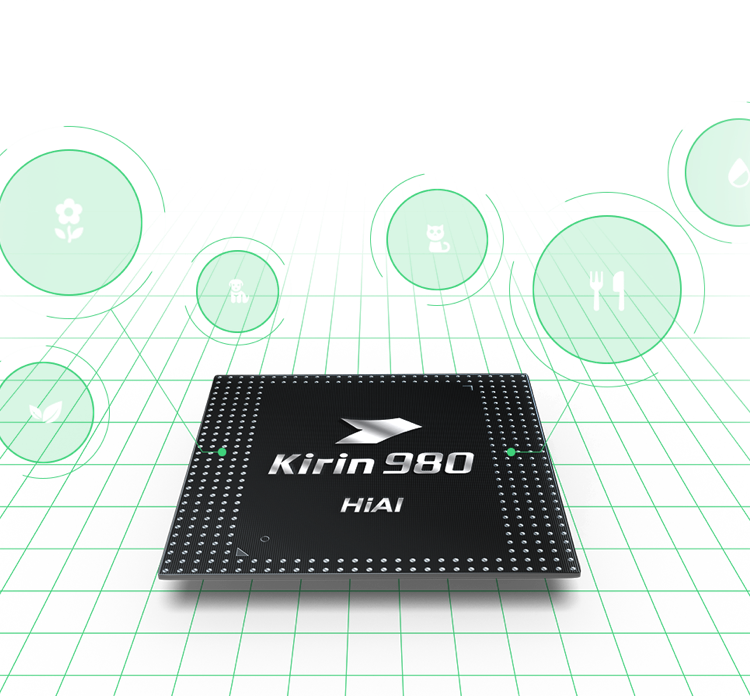 The Kirin 980 is the first to support LTE Cat.21 which supports the fastest downlink at 1.4 Gbps and offers a stable connection in congested areas like subways or high-speed rails. With the Hi1103, it supports a theoretical peak download speed of 1.7 Gbps and 160 MHz bandwidth, which is 1.7x the industry level*. The GPS is supported by industry leading L1 + L5 dual frequency ultra-precise positioning to give you a more accurate target location when using map navigation, even in complex terrains.

*This data is compared to its previous generation of products or technology. The data is of theoretical values obtained by HUAWEI internal laboratories through tests carried out under specific conditions. Actual data may vary.